You are here:
ProgrammingWeb Development 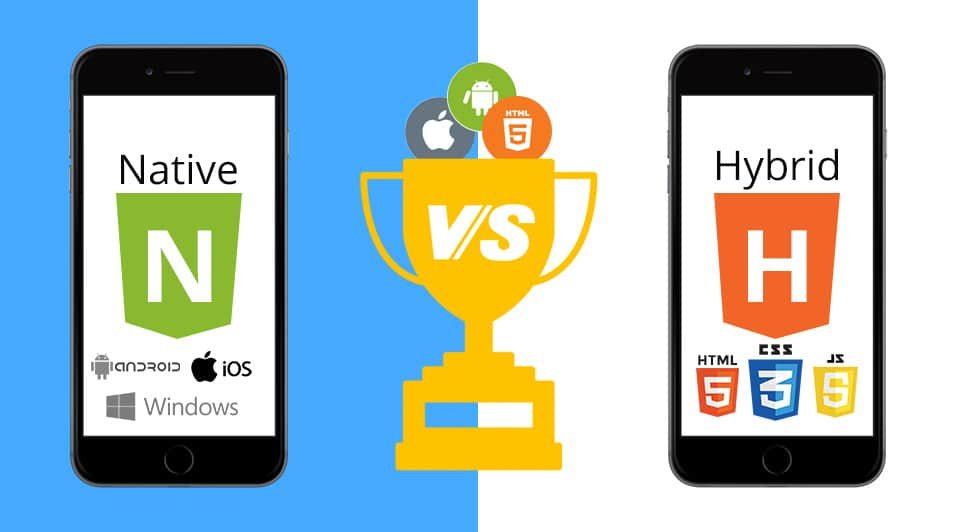 According to a survey by Compuware, 79% of the users try a mobile application only once or twice. If it fails the first time, only 16% users give it more than two chances. There might be a ton of lifestyle apps that make our work simpler, easier and faster. However, what makes an application successful and sellable is the services it provides with respect to support, uptime, functionality and in entirety, the user experience. Neither the customers nor the employees have the time and money to spend on bad user experiences. The user experience determines everything. This is the main reason developers choose to move towards hybrid app development. However, a well-known fact is that most hybrid apps which are not properly developed don’t perform as well as native apps. Therefore, choosing an appropriate framework as well as a proper development expert is highly crucial to the success of your business. Choosing the perfect platform to develop

There are mainly two types of OS that have taken over the market today, Android and Apple’s iOS. Both the OS provide their custom tools to facilitate application development for the devices with respective OS. This leads to a considerable increase in the development time when a business aims at going live with an application for both the operating systems.

If they both had a common ground or something that overlaps in their architecture, then the development process would be easier and less time-consuming. This is where hybrid apps come in as a saviour for developers and businesses. The battle between native and hybrid mobile apps

Hybrid mobile applications are apps which are developed by combining native features with HTML5 apps. A hybrid app is a web app mainly built on JavaScript and HTML5 which provides a thin layer that is capable of converting an HTML5 app into a native app. This thin layer, through WebView, helps a hybrid app work. In reality, a featured hybrid app does not behave much differently from its native app. As long as the user experience is good, the users do not really see the difference between the hybrid and the native app.

The procedure of the development of the hybrid app is similar to the building of a website. The front-end technologies used to develop hybrid apps include HTML, JavaScript and CSS. WebView is where the code base of the hybrid app works. This codebase integrates with back-end services which could be a NodeJS backend or a Java based REST service backend or any other backend services too. Thus, the developers have the independence of choosing the backend programming language irrespective of the OS. There are numerous frameworks created in this regards. PhoneGap also called as Cordova by Apache is a good example and one of the most popular containers for creating hybrid apps.

Essentially, Hybrid apps bring the best of out of both, HTML5 and the native worlds.

Hybrid apps work perfectly fine and are independent on any operating system. On the other hand, native apps are dedicated only to a single platform. With today’s Android v/s Apple iOS world, an app needs to be on both the platforms to reach out to customers. So, by using hybrid app, with just one code, an app can be run on both Android and iOS. This saves a lot of time which would have otherwise been used to program another code for a separate platform which is unsupported by a native app.

Most parts of app coding in hybrid apps is similar to that of native coding. In hybrid apps, as the coding is completely web-based, the design element changes and the alpha and beta launches can be done rapidly. Using JavaScript, the coding process becomes faster and simplified. One doesn’t have to wait to get a response of the code from the server because any code can be run immediately. JavaScript is client-sided, and is very simple to learn and implement. JavaScript is versatile and can run in many languages. The choice to make a hybrid app in JavaScript makes choosing hybrid apps more worthwhile.

Since hybrid apps do not have a fixed platform, they can run on different platforms. With the modern consumer world using iOS and Android, having an app on both the operating systems would be more profitable to any business. Since hybrid apps are web-based applications, they can easily be run on both Android and iOS without additional work. Almost 87% of mobile phone users have Android as their operating system. With hybrid apps, the reach of an application can go up to almost 100%, to even iOS users.

Hybrid app developments have lesser code lines than that of native apps. This makes updating, fixing bugs and editing the functions and layouts of the app much easier. Unlike native apps, hybrid apps are not high maintenance. In native apps, one would have to make different changes in longer codes for different platforms, but in hybrid apps, just one change in the smaller code will be applicable to all platforms.

Amazon is one of the most widely used online retail shops worldwide. By choosing hybrid app development, Amazon is able to update its app automatically without having its users to update it themselves. The fast updates feature provided by hybrid apps are useful since Amazon keeps introducing new updates regularly for a better user experience. With HTML5, Amazon does not need to worry about the security gap that exists between a browser and device APIs. Amazon is able to present its web contents as a part of client applications with its hybrid apps that are platform-native. It uses Java for the back-end and HTML5 for the UI in order to get the best of both worlds.

Twitter, with 336 million active users worldwide, is the perfect example of how popular and easy-to-use a hybrid app can be. With the hybrid app approach, such social media apps become great at supporting the offline data while staying rich in media. Twitter shows how glitches in hybrid apps are avoided if the app is well developed. The cross-platform feature of hybrid apps ensure Twitter gains users through all kinds of operating systems and handle large users efficiently. As we all know, twitter is the first social media that reflects the latest happenings around the globe. People are able to post their thoughts and receive push-notifications immediately without much buffering or loading, which is again a hybrid app’s magic.

Gmail uses HTML5. As the most used e-mail services provider, Gmail has proven that simplicity is the key, when it comes to hybrid apps. Even the old Gmail app was written with HTML to build a hybrid app that resulted in a great usability. With HTML5, Gmail is able to provide offline access to app features which proves to be very helpful. Users can check their mail and attachments without the need for an internet connection. With hybrid apps, syncing of accounts and contacts become very easy. On establishing a connection with the internet, Gmail automatically provides push notifications about the new emails.

The basic application on an Apple iOS device is a hybrid app. Apple uses hybrid apps for both the app store and iBooks. Even though Apple does not plan on running its Appstore on Android devices, it still opts for hybrid apps. This shows that using a hybrid app is better and faster way of development since it is easier to fix bugs. With hybrid apps, the rows of apps are loaded in the form of web layer that is wrapped in native navigation. Also, the Appstore can also carry out updates without requiring an update from the device user’s side. By implementing hybrid apps, Appstore can have a huge amount of apps on their platform.

Uber is a widely used cab service app. It runs smoothly on both Android and iOS. With the help of hybrid apps, Uber allows geo-tagging, geo-synchronization and provides real-time data to the drivers and customers in order to book a cab instantly. This shows just one of the many features hybrid apps provide, similar to native apps. Considering the large amount of people using Uber, it is necessary to provide its services through both, the website and the application. This is possible only when hybrid apps are used. In order to achieve a higher number of users in lesser time, which is the biggest benefit of using hybrid apps, Uber chose to implement the same.

Solution architect – A must for every software development
February 16, 2019

Add Abhishek Kothari - A little about me to your Homescreen!